X
This site uses cookies to provide and improve your shopping experience. If you want to benefit from this improved service, please opt-in. Cookies Page.
Accept Cookies
Read Our Reviews On Trust Pilot
Follow Us On Twitter For News & Updates
We Will Match Any Genuine Price 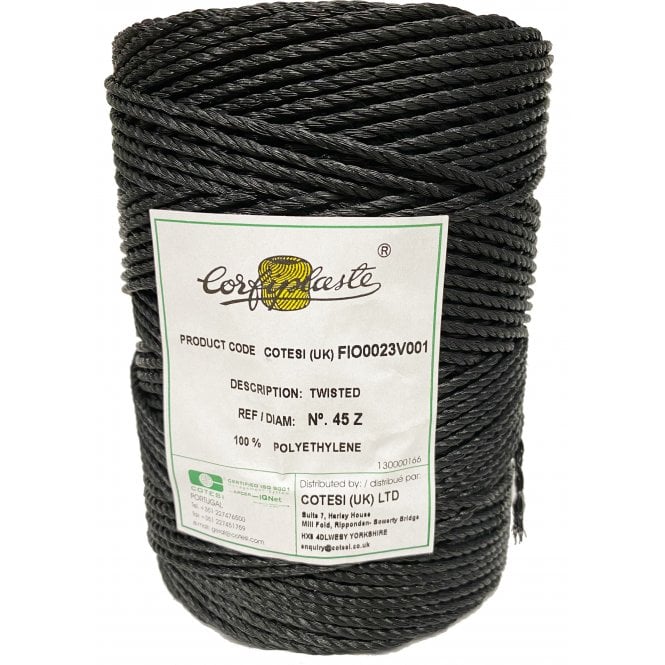 Cotesi – Companhia de Têxteis Sintéticos, S.A. was founded in 1967 and was the forerunner in Europe in the production of twine, nets and ropes made from synthetic and natural raw materials. Today, COTESI is the world´s largest producer of Baler Twine.

Recognized as a full range Supplier of premium package of products oriented to the Marine, Fishing, Safety, Defence and Agriculture, COTESI UK is the branch of Cotesi Portugal for the British Isles and Republic of Ireland.

A subsidiary of one of Portugal´s strongest companies, Violas SGPS, and with over four decades of activity, the company has accumulated vast experience and tradition in the domestic and international markets. With a global presence, COTESI is today the premier world player in distribution and supply channels, with strong units in Europe (Portugal, United Kingdom, Denmark, Germany, Belgium and France), North America (U.S.A and Canada) and South America (Brazil).

A pioneer in its field, Cotesi´s proactive technical innovation and constant research and development define the company´s success. Cotesi´s “Quality Management System” is certified by APCER – Portuguese Association of Certification - in the fields of design, development and production of wires, ropes, nets and nautical cables, using synthetic and natural raw materials.

Note : Customs Charges / Local VAT may be payable on orders shipped outside the UK